** Remember to Give Feedback at the end. This is a safe space where I want to explore your opinions on these topics. Do you like topic blog posts like this or do you prefer product advices only?**

As I've explored deeper into becoming a professional makeup artist one trend that I've noticed, is the on going debate that occurs in the comments under before and after makeup photos, especially with women of color.

The comments under makeup artists photos, especially photos of their clients before and after having their makeup done have often been rude and obnoxious . But also, in these comments there is a clear ignorance of the many skin tones, skin types, skin disorders and more that women of color face.

I remember when I first expressed to a close family member that I wanted to be a makeup artist, his initial reaction was, "Oh so you'll be one of those magicians helping girls deceive men." Of course I know he meant this as a light hearted joke but it really perturbed me that a career in makeup artistry had been somehow equated with being a con artist.

I remember when I saw this particular meme pop up on my Instagram feed. The young lady portrayed here is one of my favorite Youtubers-Makeupd0ll.

For years this young lady had shown us how she did her makeup from start to finish and with those videos she also explained her struggles with acne, hyperpigmentation and dark under eye circles. Her technique for full coverage makeup application was absolutely beautiful to me. I was also glad to find another women of a deeper skin complexion who I could look to as a guide. To suddenly see her as a meme, being bashed by men and women for doing what I'd watched her do for years before was troubling to me.

More troubling though than the meme itself was the captions under the posts. Many black men and women have take to blogs and social media sites alike to voice their outrage in regards to the way that black women wear makeup and their skin care.

I ventured over to Lipstick Alley and found a gold mine of comments. One commentor stated in regards to a beauty Youtubers skin care regimen, "No fcking way, she can't be. How can she be doing all those things, and using all those products EVERY night, and that's the best her skin can look? I don't believe it,"

Mind you the majority of the comments on this Youtubers makeup videos is that she should not focus on makeup but rather she should be paying special attention to her skin. Skin care is one thing however, what this particular young lady is doing is skin repair working on reversing the damage that occurred to her skin over the years.

I think the main problem that I have with the comments I see is the arrogance in the tone used by the women who don't wear makeup. Or incidents when a woman's choice to wear makeup is only thought of in terms of how men will react to it...as if any women wear makeup for men.

While I do personally prefer makeup on the more natural side, I find it unacceptable for so much media attention, social media included, to be devoted to the intended shaming of black women who wear makeup and the titles given to articles about such topics.

The popular blog Bossip.com wrote an article titled "Makeup Sorcery? A Gallery of SHOCKING Before and After Photos." The article which was published in 2013 displayed photos of several women before and after having their makeup done and while I will say the transformations were at times drastic, the title is still disheartening as were many of the comments that followed.

"I HEAR YOU GIRL BUT, ME..I DON'T KNOW HOW TO "APPLY" MAKEUP AND I'M SO GLAD I DON'T OR I'D LOOK LIKE THESE "CONNECT THE DOTS" FEMALES IN THESE PICS!MY "MAKEUP" IS A STICK OF CHAP STICK (CHERRY)& MOISTURIZER LMAO!IN THE SUMMER I SEE "MELTING FACES" ALL THE TIME AND WINTER IT'S POUND 4 POUND MAKEUP...JUST WASH YOUR FACE!"

I don't think that makeup should be valued over skin care. However, I also do not think that the language used in the comments is necessary. Every woman is different and every woman has their own journey with their skin and that ought to be respected. Issues with skin often do not have a cure all and even less frequently do they have quick fixes. Makeup is often that middle step while women are trying to cure their skin, while also wanting to look in the mirror and feel confident.

One commenter on Bossip stated,

"I was thinkin the same thing, these are women using makeup to help with that smh...hell u would think ppl would b a little more sensitive to certain things, how u think THESE women feel when they take their makeup off... I cant stand folks who look down hell, its their face and a lot of these females talkin about they dont wear makeup.....just because you don't wear doesnt mean the ones who do are beneath you"

I think that in matters that concern a person's physical appearance, it is okay to have an opinion however, that opinion CAN be based in constructive comments and not just bashing and shaming. In addition, advice when requested can be given without puffing up one's ego in the process. I don't want to change your opinions on makeup or skin care or physical appearance, however, I do want to give another side of the narrative to help you give an informed opinion when you do want to comment on the topic.

This is only part one on this particular topic so stay tuned for more in the New Year.

Leave your opinions below. How far is too far when it comes to comments on the makeup a woman wears?

3 Ways to Maximize Your Time

Beauty on a Budget- Money Savers, and Budget Friendly Products

The Importance of Journaling as an Entrepreneur

3 Ways to Maximize Your Time

Beauty on a Budget- Money Savers, and Budget Friendly Products

The Importance of Journaling as an Entrepreneur 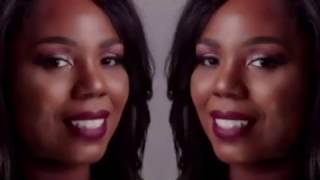 What's Been on my Face Lately? New Spring Look

Take a Look in the Mirror, Not out of the Window: Avoiding Unhealthy Comparisons